Her research on luminescent silicon nanocrystals was funded by an ERC Starting Grant PhotoSi (2012-2017) and an ERC Proof of Concept SiNBiosys (2017-2019).

She is co-author of 200 scientific papers in refereed international journals. She is co-author of a book entitled: “Photochemistry and Photophysics : Concepts, Research, Applications” (2014, Wiley-VCH) and the editor of three books published by Wiley and Springer. She is fellow of the Royal Society of Chemistry, Associate Editor of Dalton Transactions and member of the Editorial Board of Chem. She has presented oral communications at more than 70 national and international conferences and 30 invited lectures at universities and research institutes abroad.
Read more about Prof Ceroni… Hell is credited with having conceived, validated and applied the first viable concept for overcoming Abbe’s diffraction-limited resolution barrier in a light-focusing fluorescence microscope. For this accomplishment he has received numerous awards, including the 2014 Kavli Prize in Nanoscience and the Nobel Prize in Chemistry.

Stefan Hell received his doctorate (1990) in physics from the University of Heidelberg. From 1991 to 1993 he worked at the European Molecular Biology Laboratory, followed by stays as a senior researcher at the University of Turku, Finland, between 1993 and 1996, and as a visiting scientist at the University of Oxford, England, in 1994. In 1997 he was appointed to the MPI for Biophysical Chemistry in Göttingen as a group leader, and was promoted to director in 2002. From 2003 to 2017 he also led a research group at the German Cancer Research Center (DKFZ). Hell holds honorary professorships in physics at the Universities of Heidelberg and Göttingen.
Read more about Prof Hell… 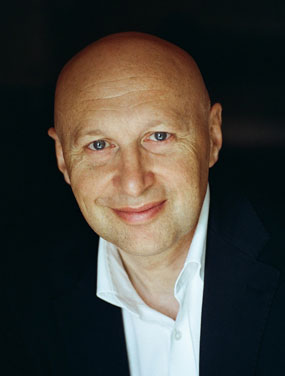 Marina Kuimova is a Reader (Associate Professor) at Imperial College London. Her current research is focused on elucidation of biologically relevant processes using different types of fluorescence imaging and time-resolved spectroscopy. She is a Fellow of the Royal Society of Chemistry and a member of the Editorial Board of Methods and Applications of Fluorescence. She has received numerous awards and honors for her work, including 2011 Grammaticakis-Neumann Prize of the Swiss Chemical Society, 2009 Roscoe the Westminster Medals at the SET for Britain, UK Houses of Parliament; 2012 British Biophysical Society Young Investigator Award, 2012 Royal Society of Chemistry Harrison-Meldola Prize, 2013 ChemComm Emerging Investigator Lectureship, and the 2014 IUPAP C6 Young Scientist Prize in Biological Physics.
Marina obtained her Master’s Degree at Moscow State University (Russia), and a doctorate at the University of Nottingham (UK) under the supervision of Professor M. W. George in 2006. Following a postdoctoral appointment with Professor David Phillips at Imperial, she became a group leader and an EPSRC Life Science Interface Fellow (in 2007) and an EPSRC Career Acceleration Fellow (in 2010). She was appointed as a lecturer in the department of Chemistry at Imperial in 2012 and promoted to a Readership in 2016. David is a member of the faculty at Harvard Medical School in the Department of Pathology, and a Howard Hughes Medical Institute Professor. He is the Scientific Founder of Illumina, Inc. and Quanterix Corp, and has co-founded several other life sciences startups. Previously, he was a University Professor, Professor of Neuroscience, and Professor of Oral Medicine at Tufts University. He is a member of the National Academy of Engineering, the National Academy of Medicine, a Fellow of the American Academy of Arts and Sciences, a Fellow of the American Institute for Medical and Biological Engineering, and a Fellow of the National Academy of Inventors. He has received numerous awards and honors, including the 2017 American Chemical Society Kathryn C. Hach Award for Entrepreneurial Success, the 2016 Ralph Adams Award in Bioanalytical Chemistry, the 2014 American Chemical Society Gustavus John Esselen Award, the 2013 Analytical Chemistry Spectrochemical Analysis Award, the 2013 Pittsburgh Analytical Chemistry Award, and the 2010 ACS National Award for Creative Invention. He received a B.S. in chemistry from the University of Michigan and a Ph.D. in chemical biology from SUNY at Stony Brook, and did postdoctoral studies at MIT.
Read more about Prof Walt… Professor Xiaoliang Sunney Xie is an internationally renowned biophysical chemist, and the Lee Shau-kee professor of Peking University. After a career at Pacific Northwest National Laboratory, he became the first tenured professor at Harvard University among Chinese scholars who went to the US since the Reform in China. As a pioneer of single-molecule biophysical chemistry, coherent Raman scattering microscopy, and single-cell genomics, he made major contributions to the emergence of these fields. In particular, his inventions in single-cell genomics have been used in in vitro fertilization to benefit hundreds of couples in China by avoiding the transmission of monogenic diseases to their newborns.
Read more about Prof Xiaoliang…